After just coming to terms with losing Chris Paul, Clippers fans now have to face the harsh reality of life without Blake.

It’s a cold, bleak future for the baby brother of LA.

Except, there is a beacon of hope in the distance.

The Clippers have acquired Tobias Harris, who is averaging an impressive 18.1 points this season, in addition to Avery Bradley, one of the leagues premier defensive guards.

Neither of them are the shining light the Clippers desperately need though.

Just when all hope seemed lost, Stan Van Gundy relented and handed the Clippers the keys to their future.

Casual NBA fans may have never heard of his name, let alone witnessed his incredible abilities, but Boban is the future of the Clippers next championship roster.

He is the hero that the Clippers don’t deserve, but the one they so desperately need.

Here are ten reasons why Boban will become the first Clipper to have his jersey raised up amongst the rafters.

To share the honour with the likes of Kobe Bryant, Shaquille O’Neal and Taylor Swift.

10. Boban is an actual giant

Boban stands at 7-foot-3 tall, with a standing reach of 9-foot-7! To put that into perspective, thats a higher standing reach than Yao Ming and Wilt Chamberlain.

This means that he can basically put the ball into the basket without even leaving his feet.

9. Boban has big feet, big ears and even bigger hands

Honestly, look at them!

8. Boban is already ready for those Blake Kia commercials

Someone give this man an Oscar already!

When Boban is on the dance floor, it's officially #LIT. #MrStealYourGirl
😂🔥

No words, just no words.

6. Boban is the most efficient scorer in NBA history

No, I’m not making this up.

No player in the history of the entire NBA has been able to match Boban in points per shot attempts.

Alright, so it’s not as dramatic as a Shaq ring break, but it still counts.

3. Boban is a three-time MVP

Has Blake won an MVP award. No, didn’t think so.

2. Pain is no barrier to Boban

Jordan may have had his flu game, but it pales into insignificance when compared to Bobans heroics. 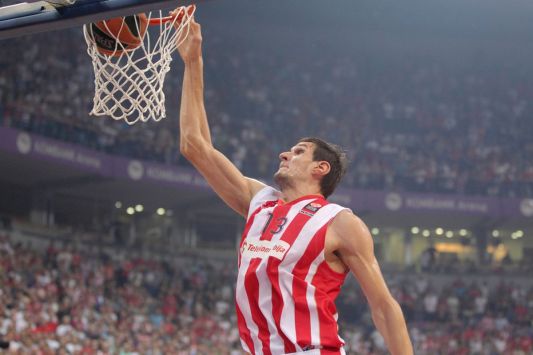 Boban had a broken foot, but still played for the Red Stars in the 2015 Serbian Championship and led his team to its first title since the 1997-98 season.

Boban is a man of many talents.

He can put in the work and finish with strength.

Or he can dazzle you with his skills and craftiness.

The dawn of the Boban era has just begun.