English Championship side Barnsley City have agreed to a takeover by a duo of investment groups that includes the creator of Moneyball, Billy Beane.

Chinese-American billionaire investor Chien Lee and US film financer Paul Conway have agreed a fee in the region of $17 to $35 million with ailing Tykes owner Patrick Cryne for control of the club.

“We would like to thank every member of our loyal fan base for their patience and continued support over recent months. An exciting chapter is opening for Barnsley Football Club and we are looking forward to the future together.”

New owners Lee and Conway will look to have as much success with Barnsley as they have had with French side Nice.

Nice were the surprise packets of the 2016/17 Ligue 1 season, finishing in third place and qualifying for the third round of the Champions League.

In the wake of the takeover, some Barnsley fans have shown apprehension, believing their club may be used as a feeder club for the French outfit.

Conway allayed fears yesterday, but did add resources will be shared when circumstances dictate.

“Any investment we do is our own independent investment. But we will look for sharing resources when they make sense,” Conway said.

“[But] all the decisions make here at Barnsley will be made for the long-term benefit of Barnsley.”

Oakland Athletics Executive Vice-president Billy Beane is known to be a keen follower of European football and according Conway, was attracted by the clubs way of doing things.

“Part of the attraction of Barnsley is that they embraced some of his sports philosophy and analytics and they have seen some of the results of that,” Conway said at the new owners’ first press conference.

“With his philosophies, having him in this is important because he brings a unique knowledge-base to the club. He is an executive of the A’s and he will continue to be, he is involved here because he saw a matching of philosophies.”

Moneyball is the name of the book written by Michael Lewis in 2003. The book is about how Beane and the Oakland A’s used stats and analytics to trade and draft players in the 2002 Major League Baseball season.

In 2011, Moneyball was turned into a Hollywood film, with Brad Pitt portraying Beane. 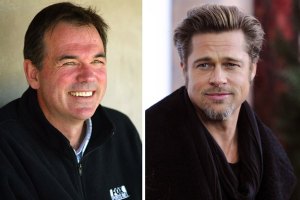 Billy Beane portrayed by Brad Pitt in the 2011 film ‘Moneyball’.

Since Barnsley’s one and only season in the Premier League in 1997/98, the Tykes have spent most of their time in the second division of English Football.

The Tykes have worked on a shoestring budget and have sold their best players to make financial profits.

This season Barnsley sit 20th in the league table. But Tykes manager Paul Heckingbottom believes the club will be able to avoid relegation with the aid of the new owners.

Heckingbottom held transfer discussions with the new owners, who have confirmed the club will be “active” in the January market without spending “crazy” money.